Barbara was in her mid-40s and an owner of a PR company which was established about four years previously. Married, she had two teenage children, one with special needs who would require lifetime support.

She and her husband, Pat, were very busy with both work, to provide for the family’s lifestyle, and the additional time required in looking after their special needs daughter. They hadn’t really had the time to plan for their future. However, they had become more and more concerned about whether they would be able to provide the funds required to safeguard their daughter’s future, even when they were gone.

Barbara was referred to Bellwether Financial Planning by another parent of a special needs child. The friend had been impressed by the company’s ability to take time to understand the child’s financial needs, how they would change over time, and suggest how they might be met through careful planning over the long term. He also recommended Bellwether 360° because it would result in creating a plan to meet the whole family’s needs in the short, medium and long term.

Barbara and Pat’s main aim was to ensure that their special needs daughter would have funds in place, via their legacy, to meet her care needs for her whole life, whilst also addressing the needs of the whole family. She and her husband were very mindful of their other child and wanted to ensure that she also had a happy upbringing.

They were open to medium to high risk investment strategies.

The couple were currently managing to meet ongoing lifestyle costs comfortably, as they had a household income of €160,000, which included rental income of €18,000.

They owned the family home albeit with a mortgage and there was also a mortgage on the rental property. Both mortgages had another 15 years to run. They also had a small car loan.

They had some savings on deposit (c. €45,000) and there were funds in the limited company which Barbara had chosen not to draw down as salary at this point.

Barbara was the significant income earner as Pat worked part time to allow him to look after their daughter. They qualified for a respite grant, domiciliary care allowance and additional tax credits due to their daughter’s requirements.

As the company was relatively new, Barbara had not made provision for pension funding. She had two deferred pensions, from previous employments, worth c. €180,000. Pat did not have a pension.

The couple had no investments.

In addition to the normal expenditure for a young family there were costs associated with special needs support, i.e. respite care etc. The family were also keenly aware that they all needed time to relax and take time out from their busy life, consequently their expenditure on holidays was above average.

Barbara had life cover, which was solely for mortgage protection and private health insurance for her family. She had no other protection, either personal or business, nor for his income, business or death.

Barbara, as the main income earner, was not protecting her family’s financial future. We put in place a comprehensive, tax efficient, protection plan (primarily using company funds) to protect the business in the event of key employees becoming sick or dying, to protect Barbara’s own income and provide for the family in the event of her premature death, through life cover.

In addition we put life cover in place on Pat as, in the event of his premature death, funds would be required to either meet the cost of care for their daughter or Barbara would have to reduce her working hours (to take care of her daughter) which would lead to a drop in income.

The protection strategy addressed the family’s financial protection to retirement age and beyond. An income protection policy was set up to include the continued payment of pension contributions even if Barbara couldn’t work due to illness or injury. In this way the pension strategy outlined below was protected.

Bellwether 3600’s ability to project expenditure requirements in the short, medium and very long term (potentially 80 years when their daughter’s life expectancy was taken into account) were fundamental in designing a comprehensive pensions strategy. The funds targeted at retirement would have to be sufficient to meet Barbara and Pat’s requirements in retirement. In addition to the lifelong financial support required by their daughter.

Due to the limited company structure, Barbara’s company was able to contribute nearly 60% of her salary per annum as a pension contribution. As these were employer contributions there was no benefit-in-kind implication for Barbara. In addition, as a trading expense of the company, the corporation tax bill was reduced.

With the agreed plan put into action, Barbara and Pat were in a position to not only maintain and protect the family’s current lifestyle but also had the peace of mind of knowing that the plan addressed the very long term financial requirements of their daughter. 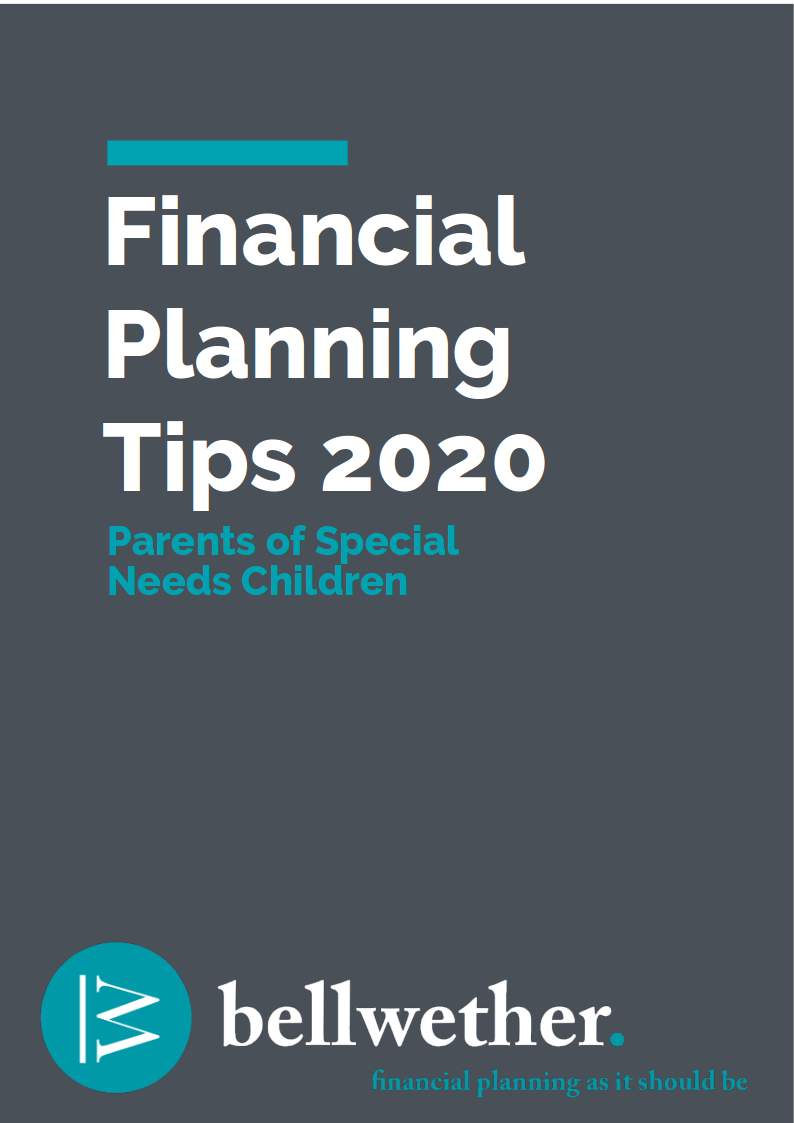